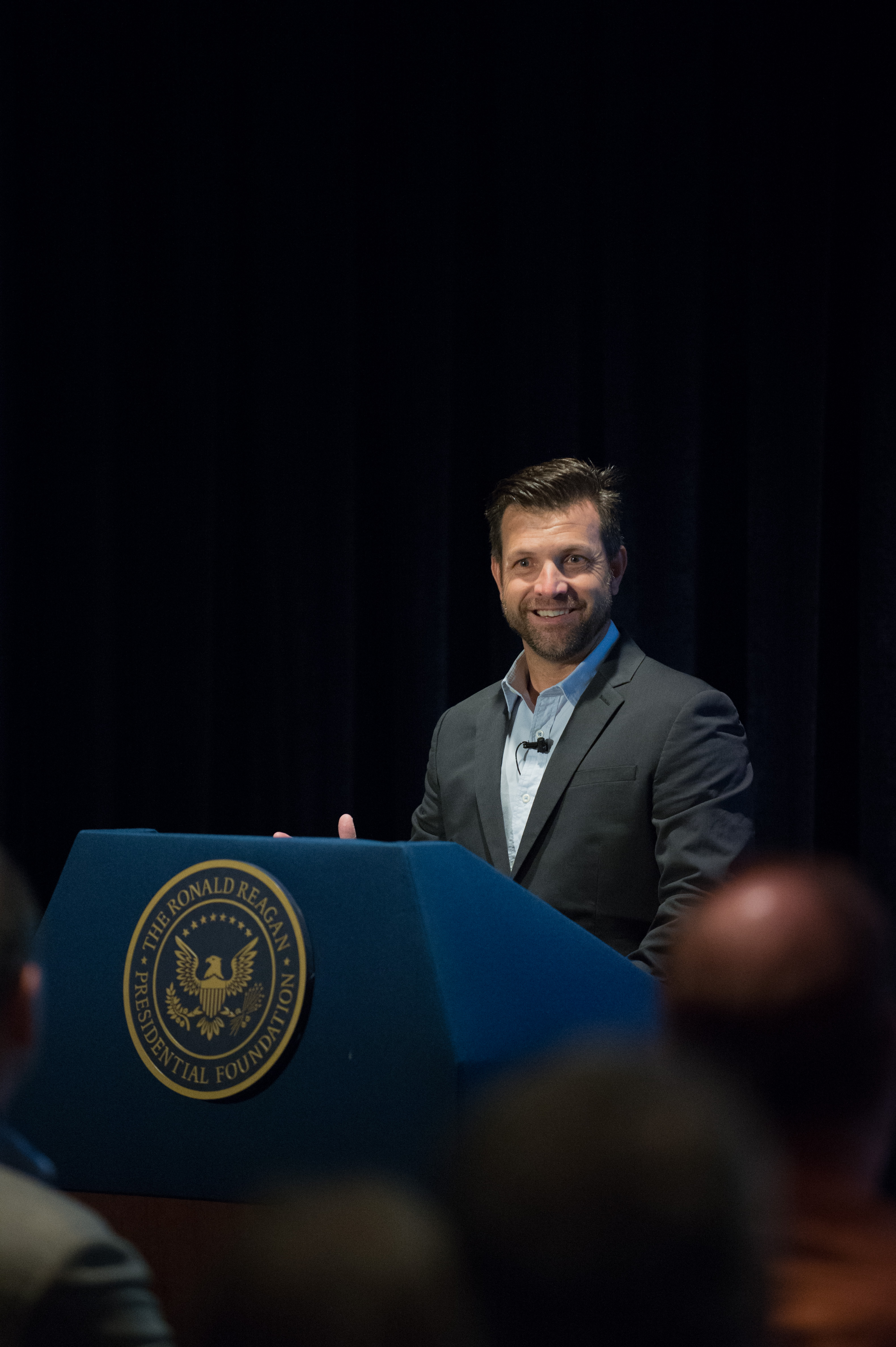 A lecture and book signing with bestselling author Eric Blehm on his latest book, LEGEND: A Harrowing Story from the Vietnam War of One Green Beret’s Heroic Mission to Rescue a Special Forces Team Caught Behind Enemy Lines (Release Date: April 28, 2015).

Eric Blehm’s book is the unforgettable account and courageous actions of the U.S. Army’s 240th Assault Helicopter Company and Green Beret Staff Sergeant Roy Benavidez, who risked everything to rescue a Special Forces team trapped behind enemy lines. The Reagan Library is honored to house Roy Benavidez’s Medal of Honor within its American Heroes Gallery.

In Legend, acclaimed bestselling author Eric Blehm takes as his canvas the Vietnam War, as seen through a single mission that occurred on May 2, 1968. A twelve-man Special Forces team had been covertly inserted into a small clearing in the jungles of neutral Cambodia—where U.S. forces were forbidden to operate. Their objective, just miles over the Vietnam border, was to collect evidence that proved the North Vietnamese Army was using the Cambodian sanctuary as a major conduit for supplying troops and material to the south via the Ho Chi Minh Trail. What the team didn’t know was that they had infiltrated a section of jungle that concealed a major enemy base. Soon they found themselves surrounded by hundreds of NVA, under attack, low on ammunition, stacking the bodies of the dead as cover in a desperate attempt to survive the onslaught.

Written with extensive access to family members, surviving members of the 240th Assault Helicopter Company, on-the-ground eye-witness accounts never before published, as well as recently discovered archival and declassified military records, Blehm has created a riveting narrative both of Roy Benavidez’s life and career, and of the inspiring, almost unbelievable events that defined the brotherhood of the air and ground warriors in an unpopular war halfway around the world.