An Evening with Rich Little 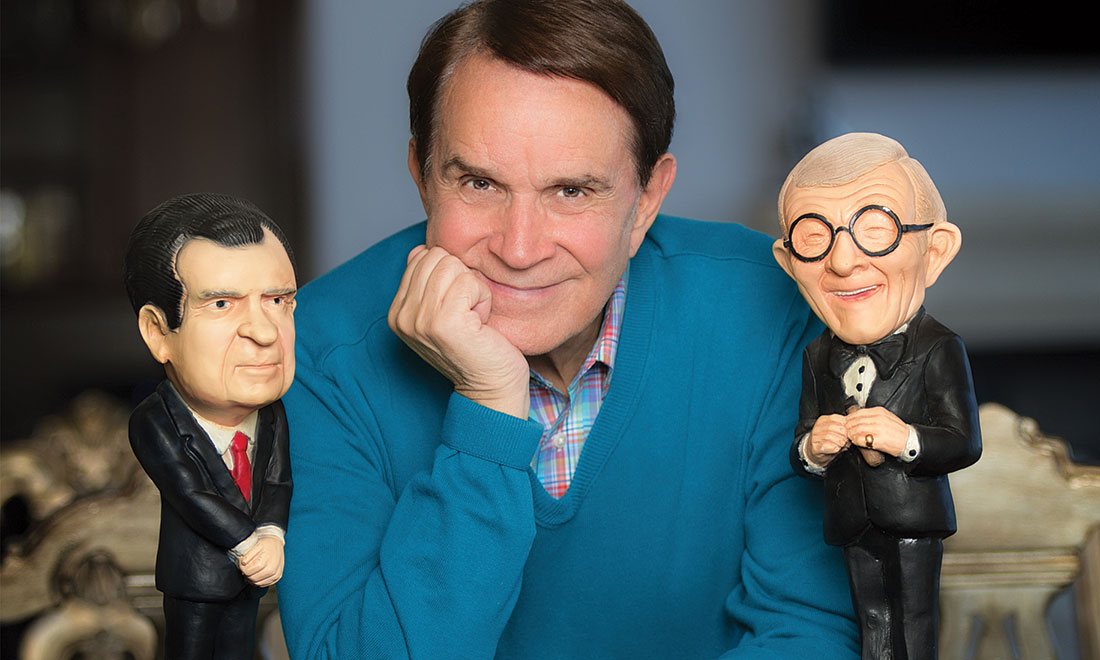 Please join us for an evening with comedian, actor, artist and entertainment legend Rich Little, who will be here to discuss his new book, Little by Little: People I’ve Known and Been (Publish Date: August 8, 2016), as well as to share stories of his time spent with President Reagan. Tickets to the event are $56 per person and include a buffet dinner in the Air Force One Pavilion following the program. Books must be purchased in the Reagan Library Museum Store to receive signature.

Rich Little is a master mimic of more than 200 voices and currently has a Las Vegas Show at the Tropicana Hotel. Rich Little has a voice for every administration including U.S. Presidents: John F. Kennedy, Lyndon Johnson, Richard Nixon, Gerald Ford, Jimmy Carter, Ronald Reagan, Bill Clinton, both George Bushes and Barack Obama. Infamous for his skewering of political figures, Little has charmed, amused, intrigued and gotten the best of politicians from here to his native Canada. He entertained at both of Ronald Reagan’s presidential inaugurations and got to know the Reagans very well during that time. President Reagan used to tell Little, “You do me better than I do.”

In Little by Little, Rich Little shares his story of how he grew up to become an impersonator. In this gem of a book are insights into the likes of many of the great people he had the privilege and fortune to meet and imitate, shining new light on our beloved stars, including a chapter on Ronald Reagan. This is really not a biography, but more of a humorous glimpse of the people he’s impersonated and some of the funny stories that happened along the way.

Reservations for the program and dinner are now closed, however guests may still attend the 4:30 p.m. – 5:30 p.m. book signing.  Books must be purchased at the Reagan Library Museum Store for signature.

Reagan’s Country Café will remain open until 6:00 p.m. for this event, serving pre-packaged salads and sandwiches, as well as soup, chili, desserts, snacks and drinks.