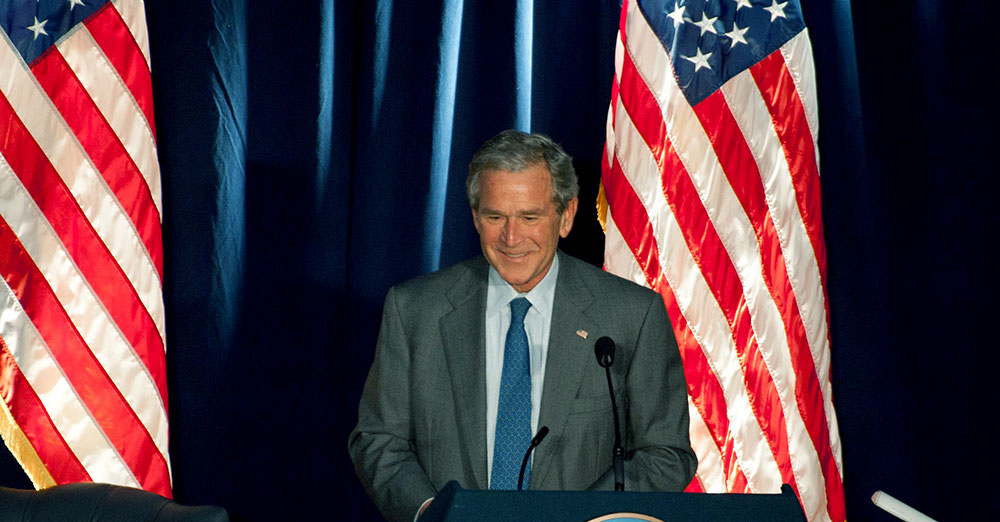 This event is SOLD OUT and the wait list is closed, a handful of pre-signed books by President Bush are still available, purchase your copy.

A conversation with President George W. Bush on his new book, Portraits of Courage: A Commander in Chief’s Tribute to America’s Warriors. President Bush will be joined on stage in conversation with Frederick J. Ryan, Jr., Chairman of the Board of Trustees of the Ronald Reagan Presidential Foundation and Institute.

“Portraits of Courage is more than an art book. This is a book about men and women who have been tremendous national assets in the Armed Forces–and who continue to be vital to the future success of our country. This is a tribute to men and women who volunteered, many in the years after 9/11, to defend our country. The greatest honor of the Presidency was looking them in the eye and saluting them as their Commander in Chief. And I intend to support and salute them for the rest of my life.”  —President George W. Bush, from the Introduction

Growing out of President Bush’s personal commitment and the ongoing work of the George W. Bush Institute’s Military Service Initiative, Portraits of Courage (Crown, February 28, 2017) brings together sixty-six full-color portraits and a four-panel mural painted by President Bush of service members and veterans who have served our nation with honor since 9/11, and whom the President has come to know personally since leaving office. The book includes forewords by former First Lady Laura Bush and General Peter Pace, 16th Chairman of the Joint Chiefs of Staff. The paintings in the book will be the subject of a special exhibition at the George W. Bush Presidential Center in Dallas, also titled Portraits of Courage, which will be open to the public from March 2 through early October 2017.

George W. Bush served as the 43rd president of the United States.  After the presidency, George and Laura Bush founded the George W. Bush Presidential Center in Dallas, Texas.  The Center is also home to the George W. Bush Institute, a public policy organization that focuses on economic growth, education reform, global health, and human freedom.  President Bush is the author of two bestselling books, Decision Points and 41. 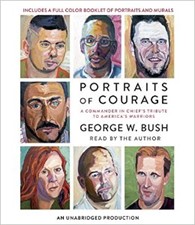