The three scenarios were created using various portions of Ronald Reagan’s speeches and audio recordings. In order to maintain historical accuracy, every word expressed by this hologram of Ronald Reagan was actually spoken by our nation’s 40th President during his life.

Using photos and video materials, an “introductory” video was created for each scenario that provides background on the environment and location of the presentation.

The three scenarios include:

Our Hologram of President Reagan is the first time a Hologram has been created where visitors sit only 12-feet away from the image, creating the need for the Hologram to be photo-realistic.

The Ronald Reagan Presidential Foundation and Institute would like to express its deep appreciation to Mr. Richard R. Sills and The Conrad Hilton N. Foundation for their respective vision and foresight in funding the Reagan Hologram. 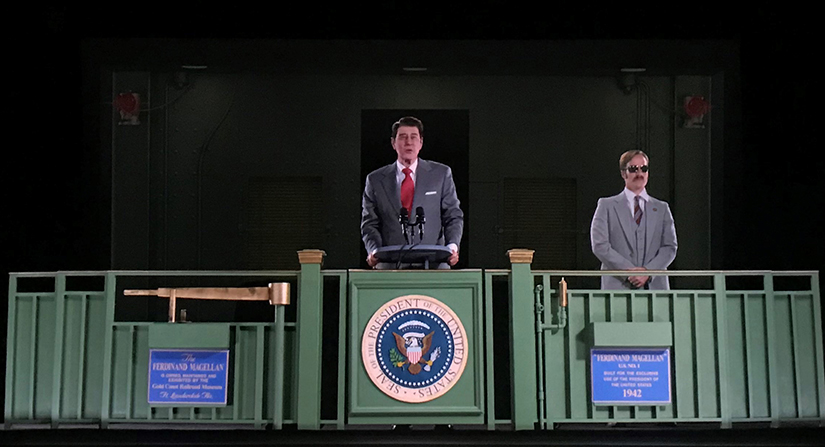 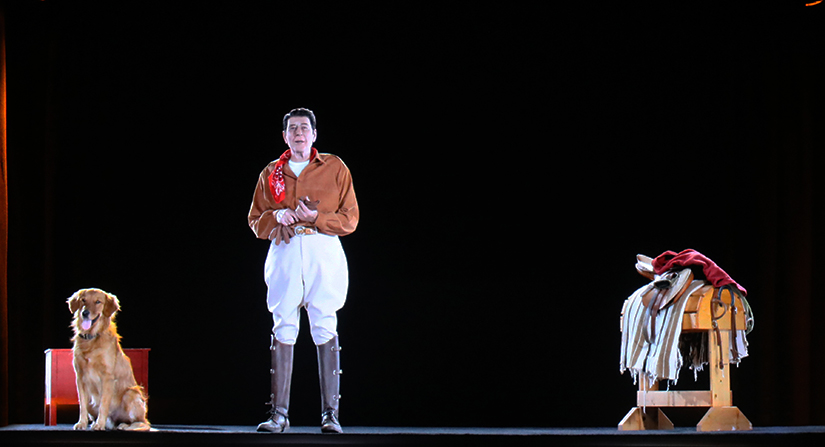