The Strategy of Denial: American Defense in an Age of Great Power Conflict Book Discussion 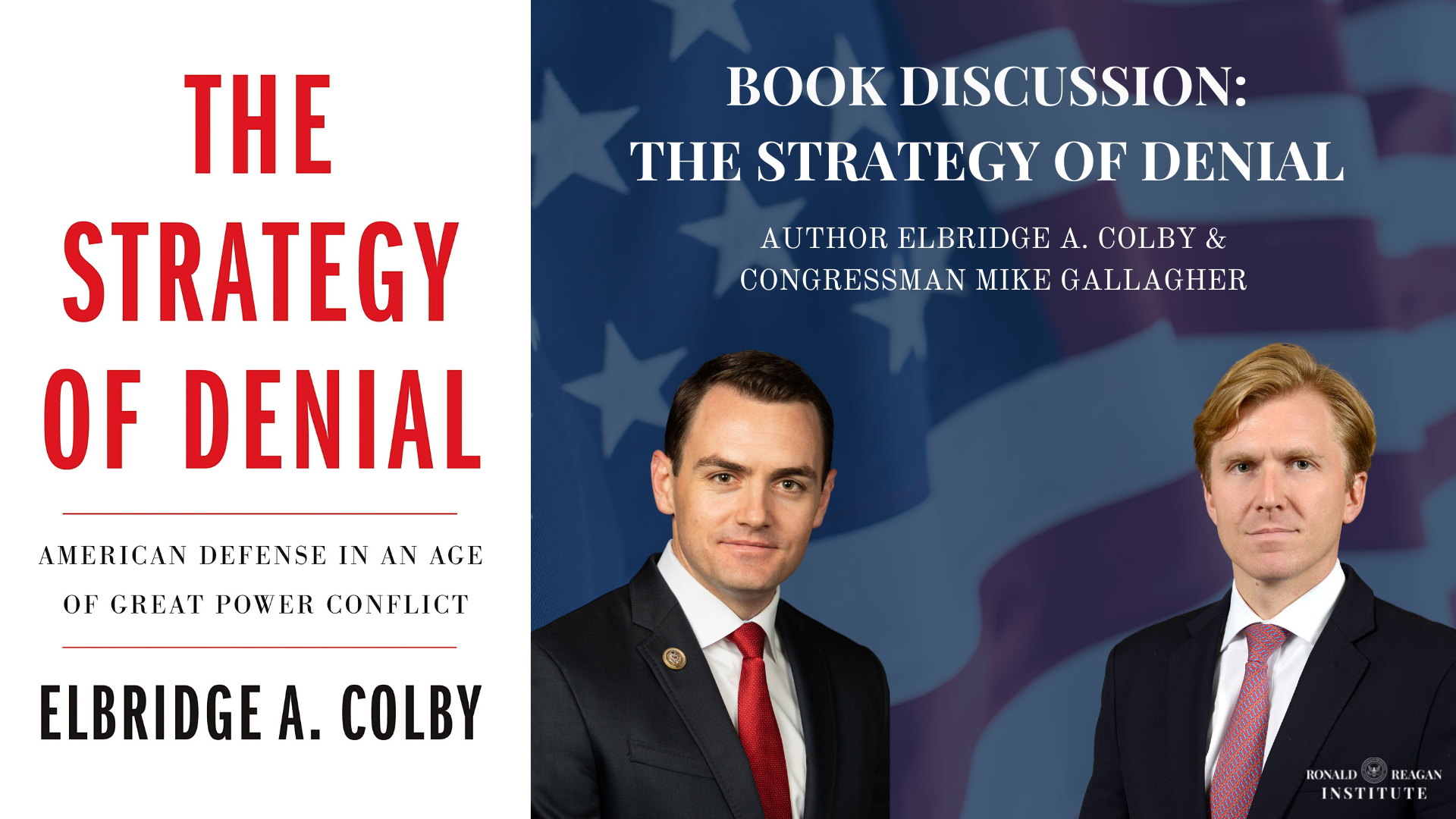 The Reagan Institute invites you to join Elbridge Colby and Mike Gallagher on Thursday, September 30 at 12:30 – 1:30 PM ET for a conversation on Mr. Colby’s newest book, The Strategy of Denial: American Defense in an Age of Great Power Conflict.

This virtual event brings together two defense experts to discuss the pressing issues addressed in Mr. Colby’s book such as the evolving global threat environment, the challenge of a rising China, and recommendations for strengthening American national security through “deterrence by denial.”

Elbridge A. Colby served as the Deputy Assistant Secretary of Defense for Strategy and Force Development, in which capacity he served as lead official in the development of the Department's premier strategic planning guidance, the 2018 National Defense Strategy. He is also the Co-Founder and Principal of The Marathon Initiative, a policy initiative focused on developing strategies to prepare the United States for an era of sustained great power competition.

Congressman Mike Gallagher represents Wisconsin’s 8th District in the U.S. House of Representatives. Prior to taking office, Mike was a Captain in the United States Marines Corps and a lead Republican staffer on the Senate Foreign Relations Committee. He currently serves on the House Armed Services Committee.

This programming is hosted by the Center for Peace Through Strength which promotes U.S. national security policy grounded in President Reagan's philosophy that a strong American military is the best deterrent against aggression and safeguard for peace.