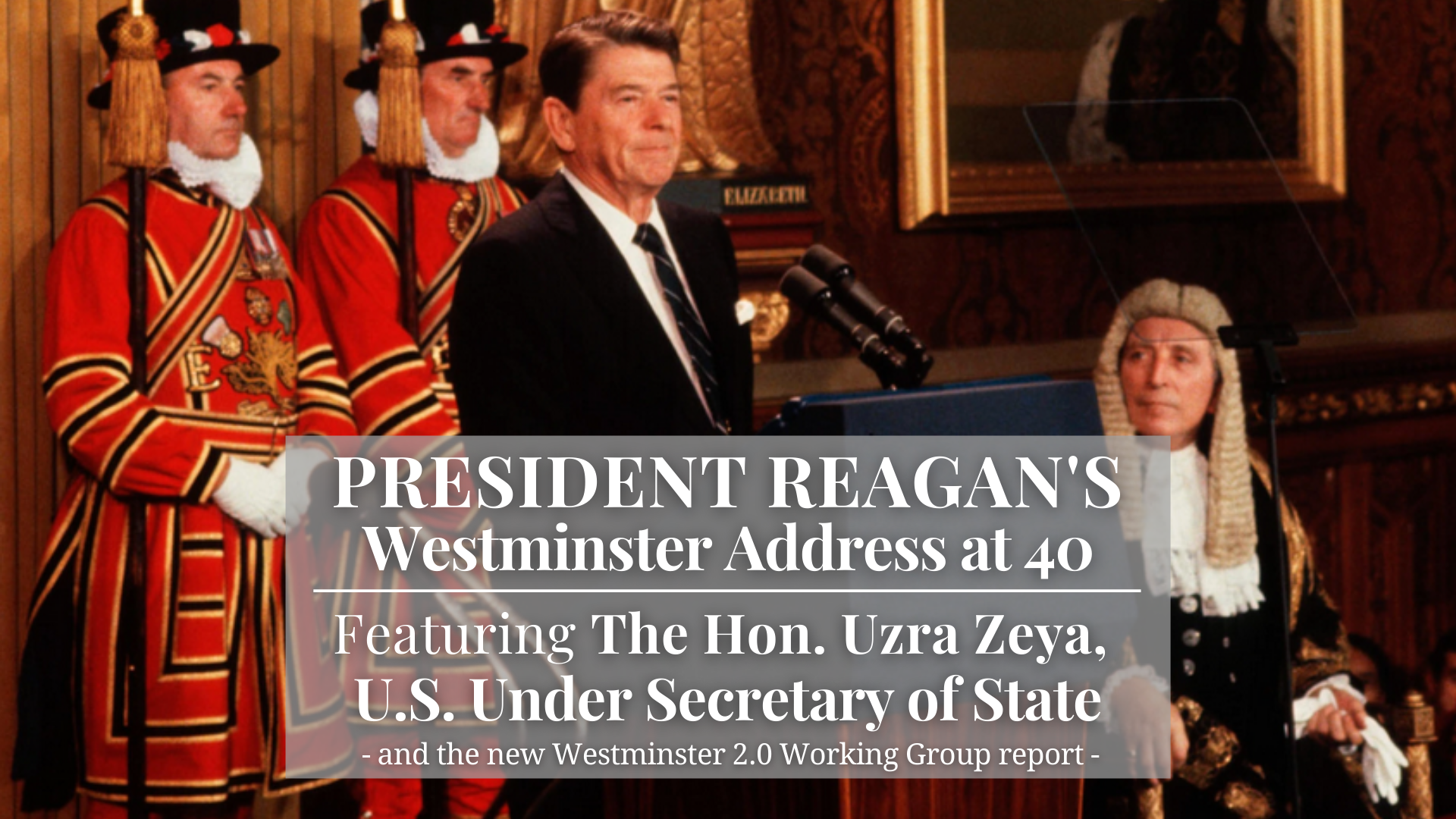 Uzra Zeya, Under Secretary of State for Civilian Security, Democracy, and Human Rights, will deliver remarks at the event and participate in a moderated conversation with Reagan Institute Director Roger Zakheim. A panel discussion will follow featuring the findings and recommendations of the bipartisan Working Group. Panelists will include co-chairs Amb. Mark Green, President and CEO of the Wilson Center, and Mr. Kenneth Wollack, Chairman of the National Endowment for Democracy, as well as other Working Group members.

Named in honor of President Reagan’s speech before the British Parliament at Westminster on June 8, 1982, the Westminster 2.0 Working Group has examined how to modernize efforts to promote freedom in the context of 21st-century challenges and opportunities, from rising authoritarianism to emerging technologies. Comprised of public officials, technology experts, business leaders, and freedom and democracy advocates, the Working Group will publish a report with policy recommendations for the strategy, tools, and resources necessary to advance freedom and democracy in today’s world.

The Reagan Institute’s Center for Freedom & Democracy champions President Reagan’s vision of America as a shining city on a hill by helping to restore his optimistic, confident approach to promoting freedom, democracy, and human dignity both at home and abroad.