Dissent and Persecution in Russia: From Father Edelstein to Vladimir Kara-Murza

Dissent and Persecution in Russia: From Father Edelstein to Vladimir Kara-Murza 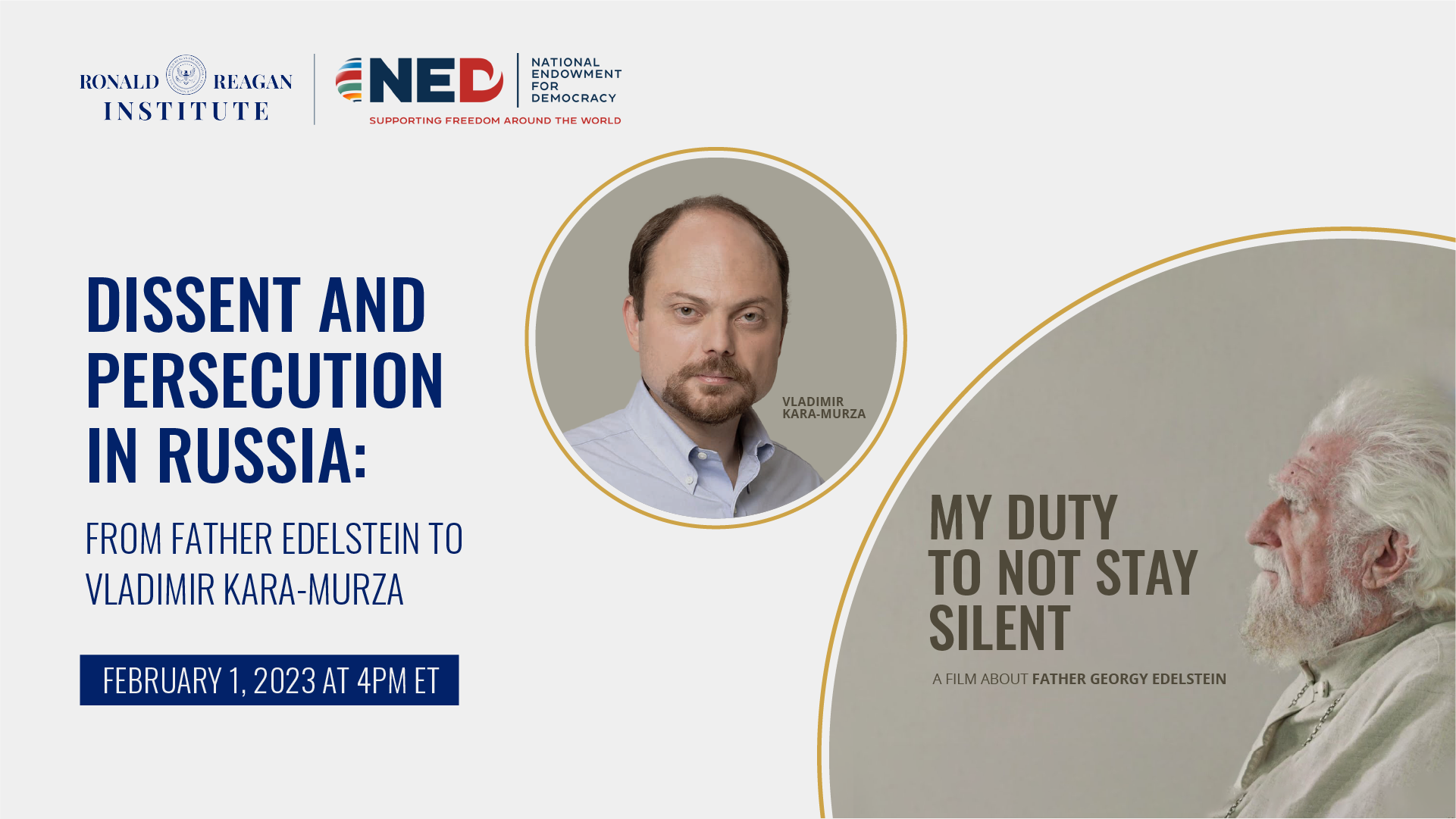 On February 1st at 4:00 PM ET the Ronald Reagan Institute will be hosting an event titled, Dissent and Persecution in Russia: From Father Edelstein to Vladimir Kara-Murza. Co-hosted by the Reagan Institute’s Center for Freedom and Democracy and the National Endowment for Democracy, the event will feature a screening of My Duty to Not Stay Silent, the newest documentary film by imprisoned Russian opposition leader Vladimir Kara-Murza, followed by a discussion on dissent and persecution in today’s Russia. Please click the register button to sign up for a virtual ticket to this event.

My Duty to Not Stay Silent is the remarkable story of Russian Orthodox priest and dissident Father Georgy Edelstein. After being suspended for “politically motivated dissent,” he worked hard to keep freedom of religion alive in the Soviet Union. Due to a personal petition from President Reagan, Father Edelstein was restored to his village parish. It is a film about true tolerance and true faith, the relationship between Jewishness and Christianity, the collaboration between Church leaders and a totalitarian state, and the importance of speaking the truth — no matter the consequences. Tragically, Russian citizens today face similar persecution. Modern freedom fighters like Vladimir Kara-Murza continue the struggle for freedom, following in Father Edelstein’s footsteps.

The event will feature opening remarks from Evgenia Kara-Murza, Vladimir’s wife. Following the film screening, the panel discussion moderated by the National Endowment for Democracy’s Damon Wilson will include President and Founder of the Free Russia Foundation Natalia Arno, President of the Victims of Communism Memorial Foundation Ambassador Andrew Bremberg, and President and CEO of Radio Free Europe/Radio Liberty Jamie Fly.