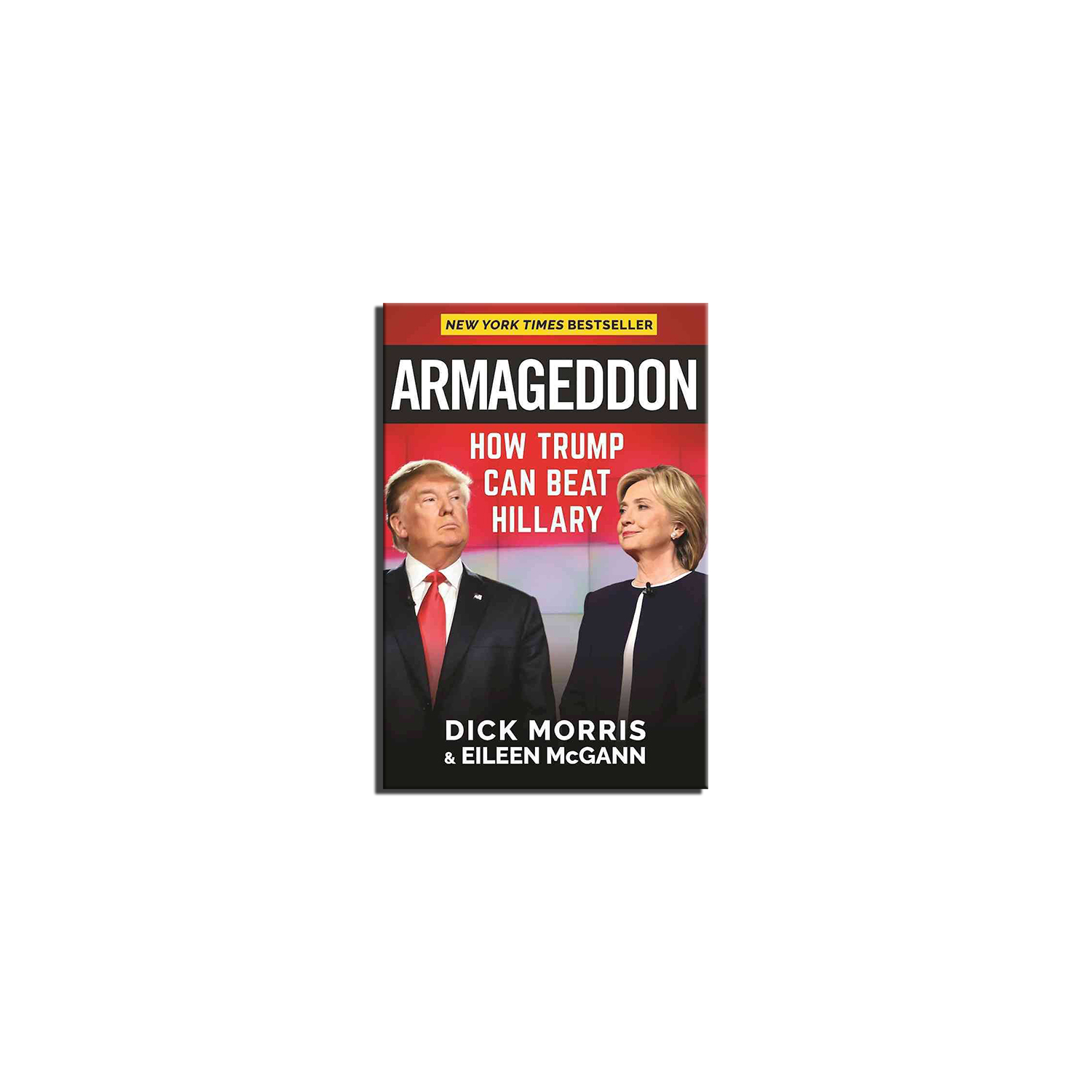 Please join us for a lecture and book signing with Dick Morris on his brand new book, Armageddon: How Trump Can Beat Hillary (Publish Date: June 28, 2016). This event is free to attend, however books must be purchased in the Reagan Library Museum Store to receive signature. Books may be pre-purchased during the reservation process.

The 2016 election is truly America's Armageddon—the ultimate and decisive battle to save America, a fight to defeat Hillary Clinton and the forces seeking to flout our constitutional government and replace it with an all-powerful president backed up by an activist judiciary that answers to no one. Already President Obama has moved America far down this path, and a President Clinton will act as his "third term," institutionalizing the excesses of the past eight years. In Armageddon, bestselling author and political strategist Dick Morris provides a winning game plan to take back the White House, and America.

Few know Hillary Clinton better than Dick Morris. For almost two decades he served as a special adviser to both her and her husband, Bill Clinton. He knows their strengths, their vulnerabilities, and even their deepest secrets. In Armageddon, Morris offers a manual on how to win this battle and defeat Hillary once and for all. He argues that a typical Republican campaign won’t work—and that Hillary’s opponent must strike her in a very unorthodox and powerful way. Morris says it’s a winning strategy and voters play a critical role.

Dick Morris served as Bill Clinton's political consultant for twenty years. A regular political commentator on Fox News and other networks, he is the author of six New York Times bestsellers (all with Eileen McGann) and one Washington Post bestseller.

Although registration for this event is closed, this is a  free event and everyone is still welcome to attend both the lecture and book  signing (books must be purchased at the Reagan Library Museum Store to receive  signature). Please join us at 6:00 p.m. on Thursday, October 6th!