When President Reagan was first elected, he was deeply concerned about the state of our national defense. He believed that to stand up to the Soviet Union and other threats to our nation and our allies, we needed to invest in our military—and give our fighting men and women the very best available equipment.

Now, they’ve been joined by an M-1 Abrams Tank. We’re grateful to General Dynamics and the U.S. Army for this donation, and we’re thankful to the many members of our staff who spent many months making this new arrival a reality.

Take a look as our new M-1 Abrams Tank makes its arrival: 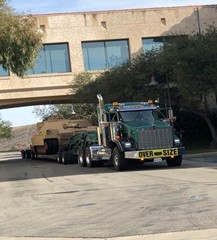 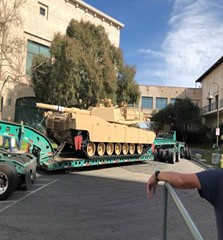 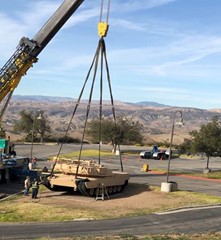