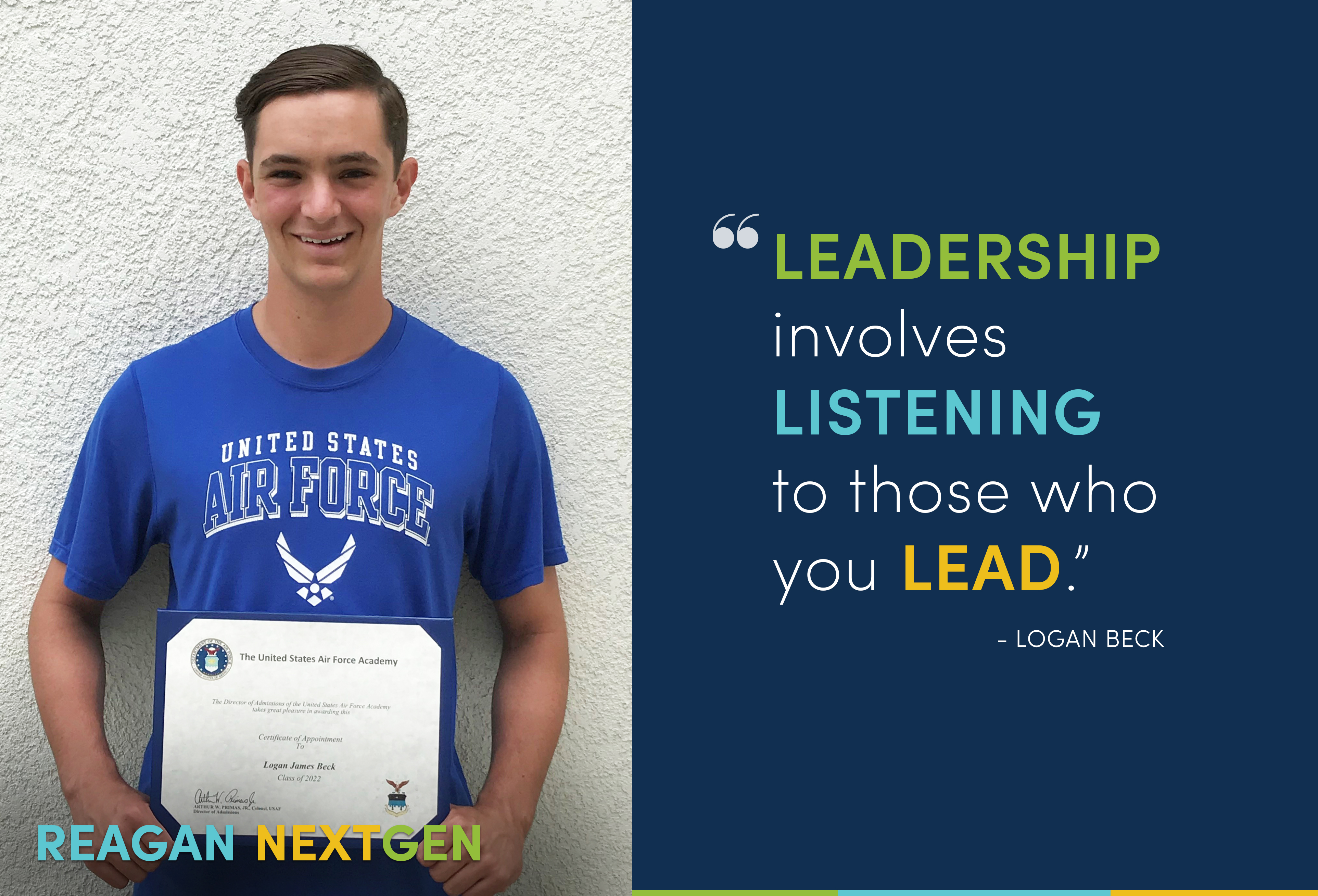 Bio: Logan is a graduating senior at Oak Park High School and will be attending the United States Air Force Academy next year. He has been involved in many different sports including lacrosse and mixed martial arts, and he especially enjoys photography, adventuring outside, and chilling in hammocks. Known as an “old soul,” Logan listens to Frank Sinatra and classic rock. He is passionate about cars and planes, and hopes to one day be a fighter pilot in the Air Force.

As a Reagan Student Leadership Program participant, Logan says that he was able to learn all new aspects of leadership. For his Leadership Action Plan, Logan created a toy drive which collected and donated toys to the local hospital. He says, “When my mom was going through treatment, I would always appreciate it when there were games in the waiting rooms, so I thought that I would give that same feeling to other children when their families visit the oncology department.” Following his graduation from SLP, Logan returned as an SLP Ambassador to help mentor new peers in the program. Additionally, Logan volunteered at the 2018 Reagan Leadership Summit and the 2016 Reagan National Defense Forum.

What does leadership mean to you?

To me, leadership is organizing various people to work towards a common goal. While leadership definitely involves coming up with your own ideas, it is also essential to listen to those who you lead, and make compromises.

Can you name a person who has made a tremendous impact on you as a leader and why?

I would have to say General George S. Patton was a great inspiration for me. He is a very straightforward leader who is not afraid to tackle a problem head-on. He also adopted the “lead from the front” mentality, and would often be found fighting side-by-side with his men.

When was the last time you tried something new?

Honestly, yesterday! I like to try new things whenever possible, whether it’s a new food or new activity. I believe that trying new things is very important since it opens doors to things you would have never been interested in.

If you had to teach something to someone, what would you teach and why?

I would teach them to be humble. Humility to me is very important because it shows your character. Walking around and bragging about your accomplishments is not what's important. What matters is that you know that what you did was great.