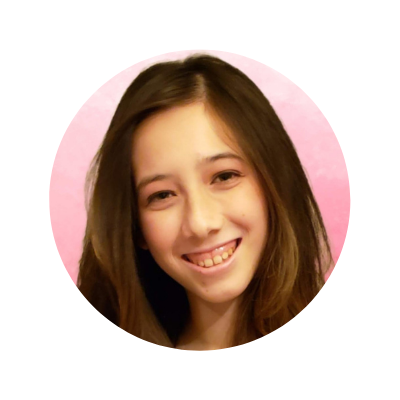 Throughout high school, Haley student has held leadership roles and received awards for participation in Mock Trial, Debate, and Academic Decathlon. She was a semifinalist for the International Technovation Competition, a TEDx Talk speaker, a Hugh O’Brian Youth Leadership school representative, a California Association of Student Councils delegate, a team leader for Hackathon by the Sea, a member of the KIWANIS club, and even more. In response to her own family crisis, she founded a nonprofit called Students Take on Cancer, which has raised money for the Cancer Center of Ventura. Through her nonprofit, she has served as a speaker to share her personal experience and the work of her organization. Haley is also the founder and CEO of a start-up company called Spritely, an app that focuses on cancer patients and their journey using big data and artificial intelligence. In eighth grade, she received the $10,000 grand prize at Start Up Weekend, competing against adult entrepreneurs. Haley attends Rancho Campana High School and will attend Harvard University in the fall. 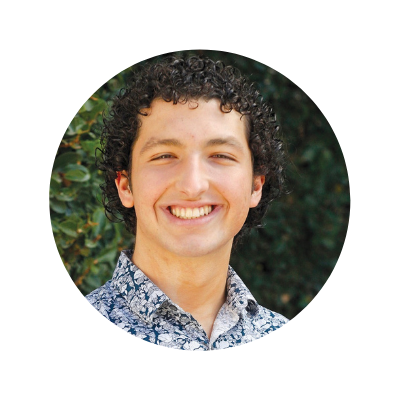 Alexander has held leadership positions in Mock Trial, the Key Club, Junior State, and the student newspaper. Captain of the track and field team, this well-rounded student athlete leads by example. Recently, he coordinated a week-long voter-registration drive featuring numerous community events and panels. A Boy Scout, Alexander has participated in our Student Leadership Program at the Reagan Library and served as a student reporter for the Ventura County Star student newspaper. President of the Royal High School Associated Student Body, Alexander will attend the University of California, Berkeley next year. 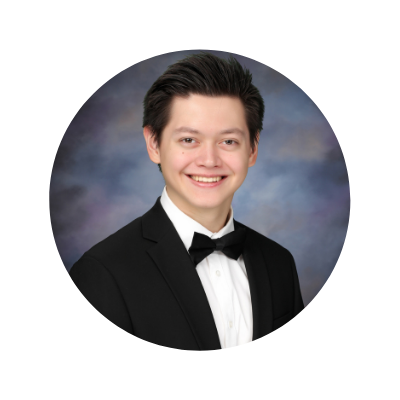 Like President Reagan, Gregory is an exceptional communicator. Serving as captain of the Modernbrain Nationals Speech and Debate Team, he was selected to lead a multi-state team of debaters, taking first place in a tournament. Using these skills, Gregory also competed as a debater on behalf of their school and served as a debate coach. A member of the jazz ensemble and wind orchestra, he has also been a member of the Model UN and a speaker for our very own Reagan Leadership Summit. He also served as founder and captain of his school’s ethics bowl team. Gregory attends Westlake High School and will attend Georgetown University in the fall. 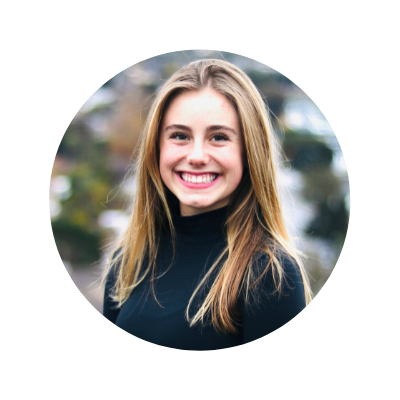 Avie is described as having contagious energy that sets a positive tone all around. This National Honor Society member is a tutor for special needs students and an officer of the Associated Student Government. A talented artist and pianist, she is a member of a semi-professional dance company and the varsity dance team, and has received numerous awards and accolades for performances. A member of Girls State, she is the founder of a nonprofit group that organizes youth to serve the elderly, a move which was inspired by her relationship with her own grandmother. Attending Brigham Young University in the fall, Avie is from Newbury Park High School. 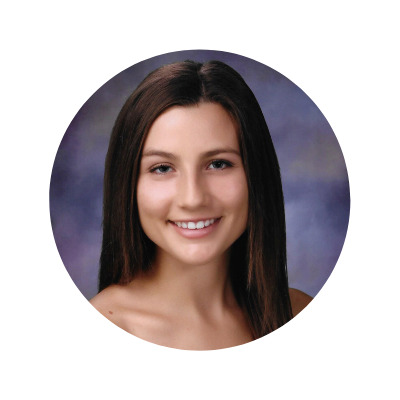 Carly is a class officer, a leader within the California Scholarship Federation, and an officer of the Fellowship of Christian Athletes. A member of the Medical Professionals of the Future, she is a volunteer at the UCLA Ronald Reagan Medical Center. This captain of the varsity soccer team holds the third-highest GPA in the school while volunteering more than 100 hours as a docent at the Aquarium of the Pacific. She is also co-founder and co-president of the Our Minds Matter chapter, a national suicide prevention organization. Carly, a senior at Moorpark High School, will attend the University of California, Los Angeles. 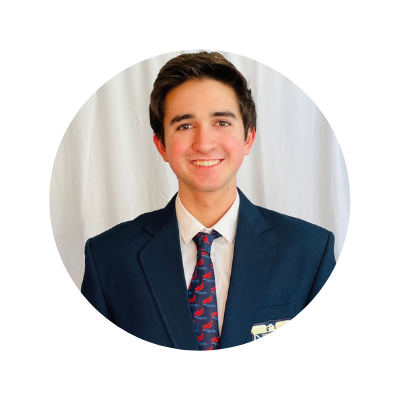 Trevor is described by a counselor as having “endless potential.” An avid volunteer for causes ranging from March of Dimes to tutoring and mentoring, his service efforts have benefitted younger students, senior citizens, and members of the faith community. A member of the golf team, Trevor is an officer of the Student Surgical Club and the National Spanish Honor Society. Most notably, he is passionate about business, and has received numerous accolades from Junior Achievement and has held offices and received awards at the state level for Future Business Leaders of America. A member of Boys State at Westlake High School, Trevor plans to study economics at the University of California, Los Angeles. 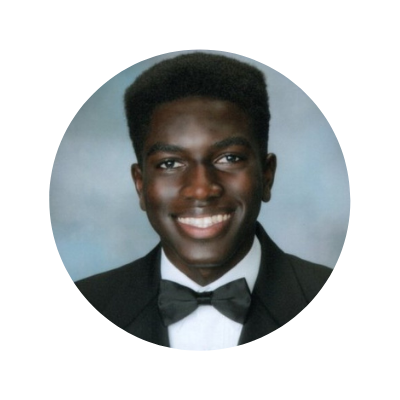 David is seen as a “natural leader” who excelled at “bringing students together” and creating unity during a difficult time of distance learning. A tutor and volunteer for the Boys and Girls Club and a local soup kitchen, he is also a church youth group leader. David has balanced a 4.0 GPA with being an award-winning varsity soccer player. His leadership has been best on display as president of the school’s Black Student Union. In this role, he has driven student membership and served as a member of the Principal’s Advisory Committee. David, a senior at Adolfo Camarillo High School, will study biology at the University of Southern California in the fall. 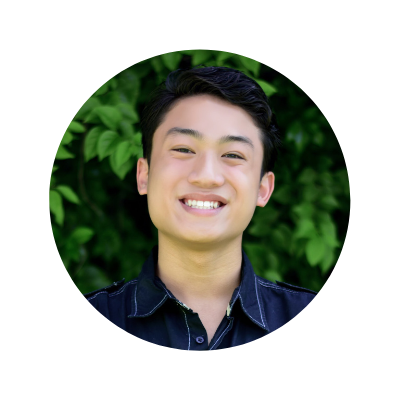 Nathan is talented on stage and behind a microphone. Not only is he the president of the school choir, but is the leader of an a cappella group, an award-winning member of the theater department, a soloist in the show choir, and the lead for musical theater performances. Nathan is also academically inclined, serving on the mock trial team, as a member of academic decathlon, as president of the California Scholarship Federation, a member of the National Honor Society, and a tutor. For his Eagle Scout project, he dismantled a dilapidated shed for his church and rebuilt a completely brand new one that will last for years to come. From Santa Susana High School, Nathan will attend the University of California, Berkeley in the fall. 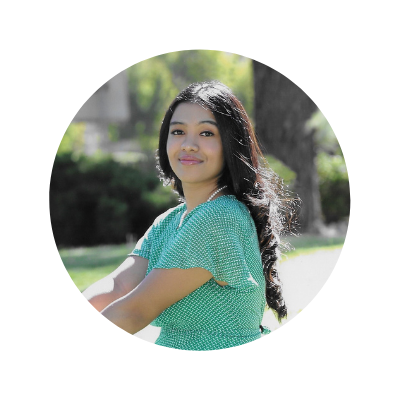 As a testament to Shivani's character, one teacher commented that she “can take a leadership role in any situation or sit back and contribute while helping others shine.” With an extreme affinity toward math and science, Shivani has served as an officer of Junior State, Health Occupations Students of America, the Coding/Programming Analysis Club, the California Scholarship Federation, and the Youth Exploration of STEM Committee, as well as a member of the Vex Robotics Advanced Competition team. A pianist, Indian classical dancer, and hospital volunteer, Shivani is from Santa Susana High School and will attend the University of California, Los Angeles in the pre-med program. 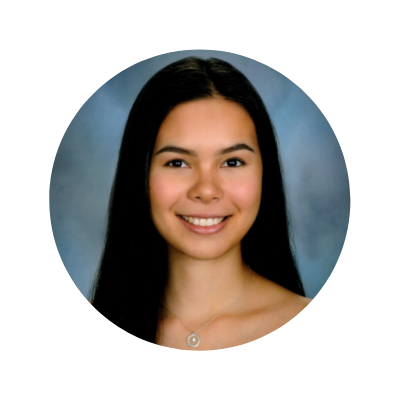 In addition to the many academic and extracurricular accolades for Jessica, one teacher comments that this student “has the rare talent to make others feel at ease and comfortable in her presence.” Jessica has served as president of the National Honor Society, the Calif. Scholarship Federation, and Future Business Leaders of America. With an entrepreneurial heart for service, she has conceived and executed projects to support everything from small businesses in Nigeria to victims of natural disasters in Asia, and from The Christian Foundation for the Blind in Thailand to the school’s business academy. A Girl Scouts Gold Award recipient, she is director of outreach for Girls For Business and a founding member of a sustainable clothing company. From Adolfo Camarilo High School, Jessica will attend Harvard University next year.