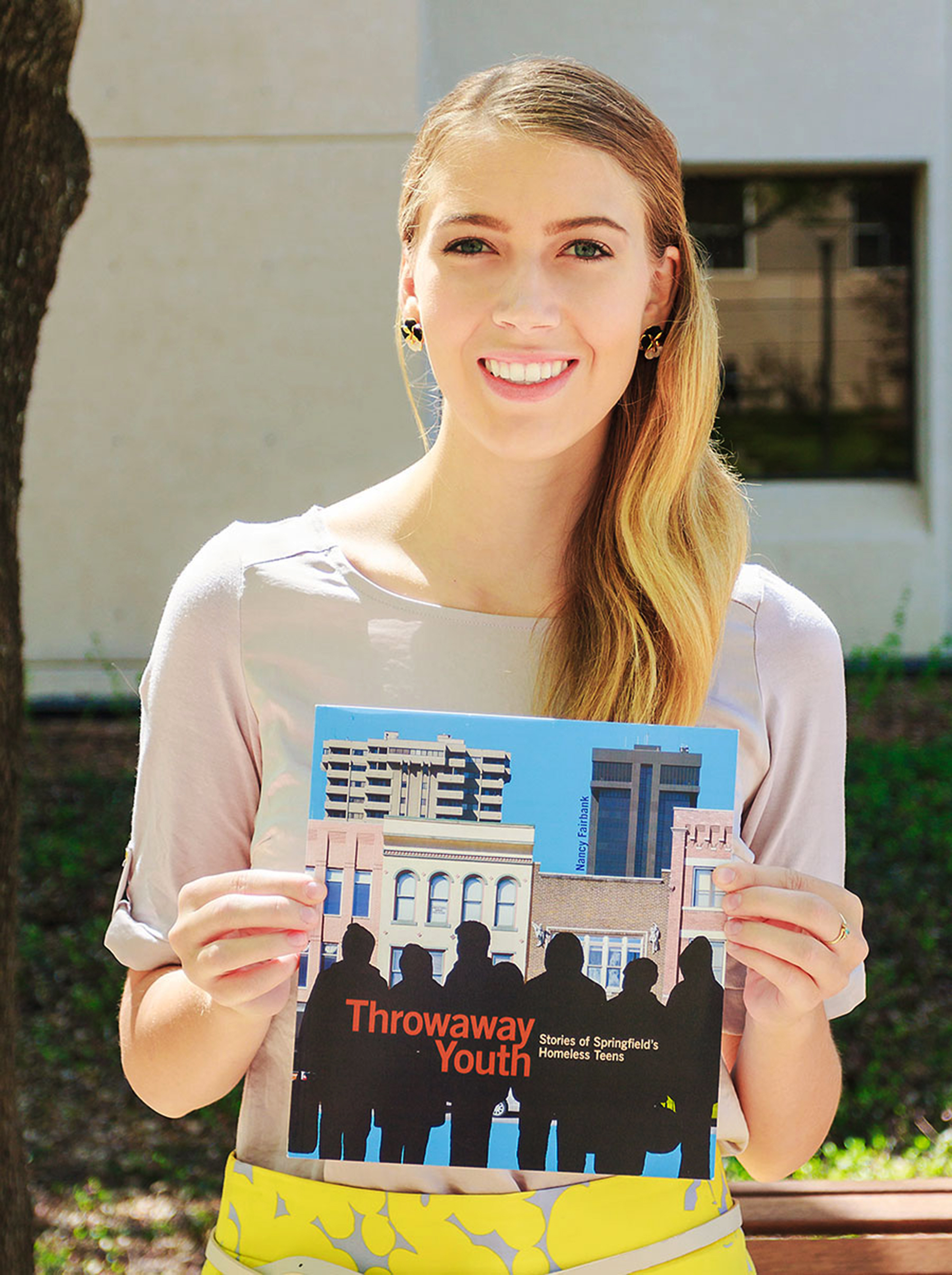 After placing 2nd in the inaugural Reagan Great Communicator debate, I continued my education as a McDermott Scholar at the University of Texas at Dallas. My field of interest has primarily been in understanding and alleviating youth homelessness, which I first learned about in my hometown of Springfield, Missouri. At UT Dallas, I was part of a sociology research group that helped design a drug prevention and intervention program targeted towards homeless teens, which has now been implemented in five Dallas schools. The McDermott program enabled me to travel all over the world and research poverty and homelessness policies in nine countries. In order to create more awareness about youth homelessness, I published a book through Missouri State University in spring of 2016 that shares the life stories of five homeless teens.

I kept up a love of public speaking in college and participated in Moot Court, Model United Nations, and Student Government, where I served as the Vice President my sophomore year. My partner and I placed in the top 16 undergraduate Moot Court teams in the nation in 2017. I was also selected as an Archer Fellow in fall of 2015 and worked for the judicial liaison at the State Department in Washington, D.C.

I graduated from UT Dallas in 2017 with a B.A. in Political Science and was selected as a 2017 Marshall Scholar, allowing me to study in England for the next two years. I am currently at the University of Birmingham pursuing an MSc in International Development with a focus on poverty and inequality. After my Marshall scholarship is complete, I will be attending Harvard Law School. I hope to be able to use the educational opportunities I have been given to create better poverty policies within the U.S. and the world. President Reagan once said, "We fought a war on poverty, and poverty won." It is my deepest hope that we can change that for future generations.

Télyse is currently a junior at Vanderbilt University, double majoring in Medicine, Health, & Society and Sociology. Since her experience as a national finalist in the Great Communicator Debate series, she has solidified her passion for public health policy. She has interned as a policy associate with the Navajo Nation Washington Office in D.C through the Reagan Foundation's Leadership and the American Presidency program. In the summer of 2017, she worked as a fellow in the MPact Medicine program at the Vanderbilt University Medical Center, researching health disparities and tutoring underrepresented groups in a nurse assistant program.

She loves returning to the Reagan library, and has visited Simi Valley twice since the 2015 debates: once as a speaker at the Young Women's Leadership Summit in 2016 and again as a judge for the Great Communicator competition in 2017. She hopes to go on to a dual degree program in law and public health, with the goal of working in federal health policy. 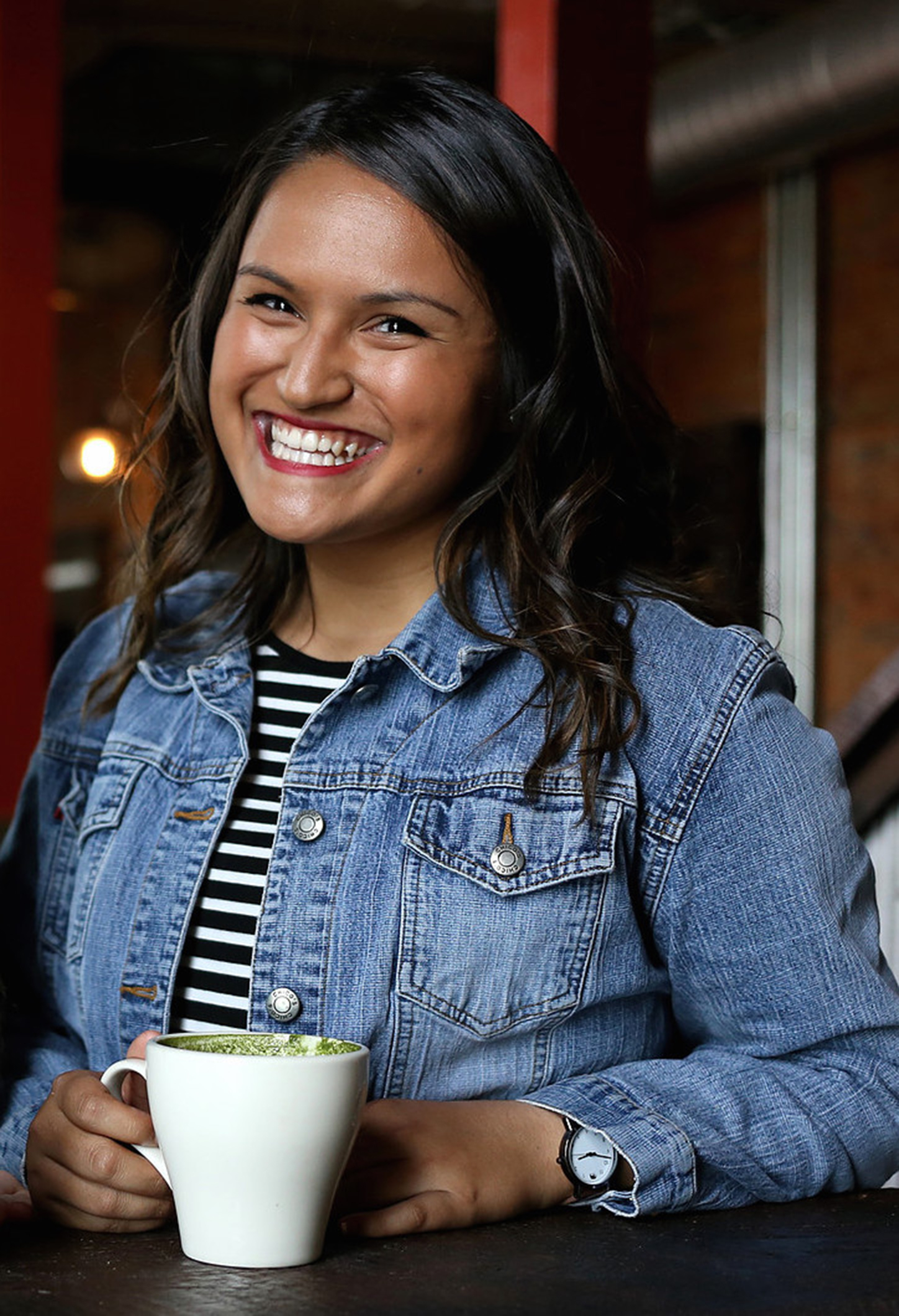 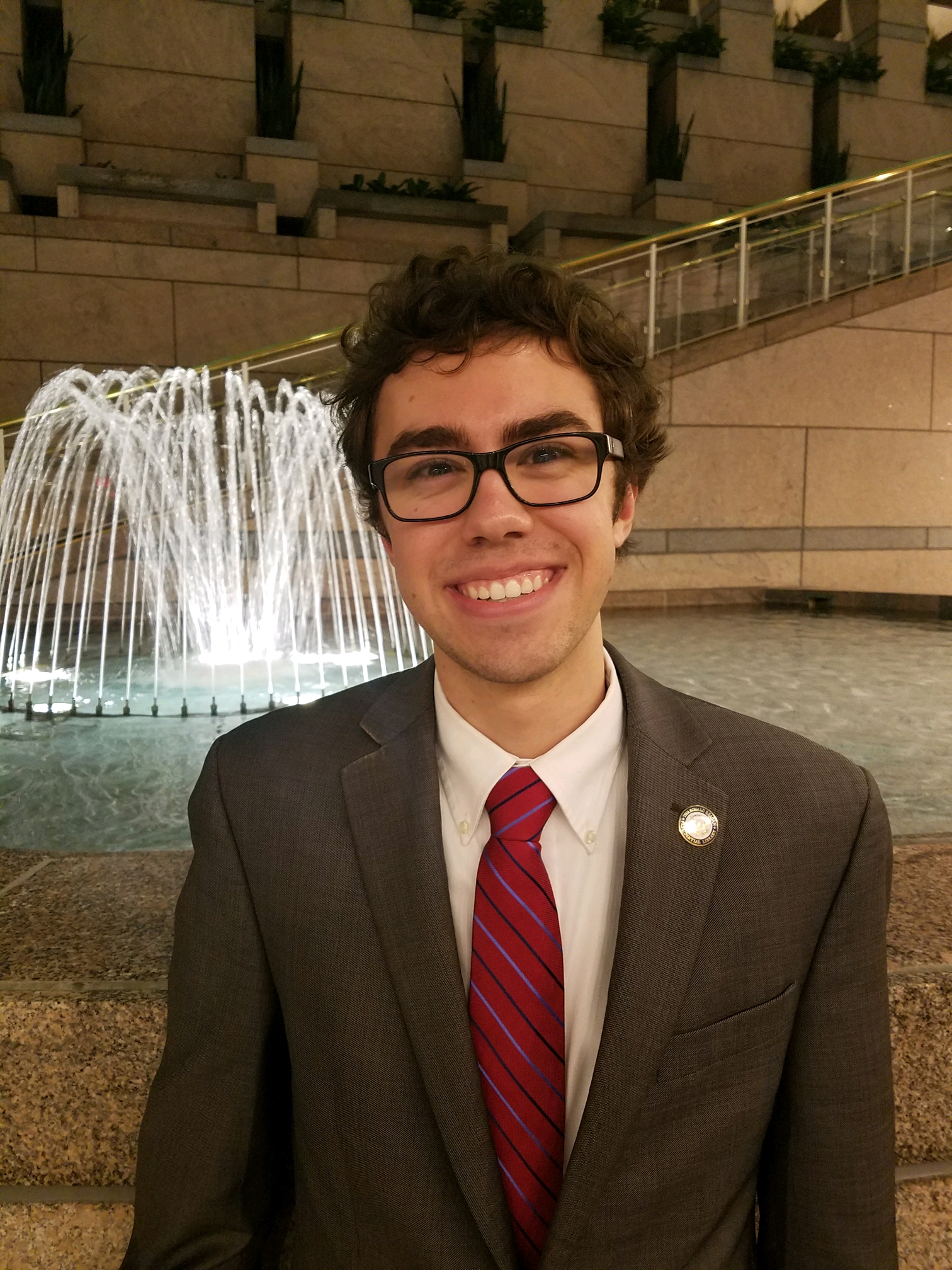 Ben is a sophomore and Trustees’ Scholarship recipient at the University of Missouri - Kansas City, where he is majoring in Political Science. After completing his run at the Great Communicator Debate Series in 2016 as a national quarter-finalist, he channeled his passion for civic engagement by organizing student involvement in political campaigns in the Kansas City area as a member of the UMKC College Democrats. Today, Ben continues to dedicate himself to empowering the voices of college students as the organization’s new President.

In 2017, Ben had the opportunity work once again with the Ronald Reagan Presidential Foundation and Institute. Through the Leadership and the American Presidency program, he spent a summer in Washington, D.C. interning with the North American Association for Environmental Education and studying United States foreign policy. He also served as Research and Advocacy Associate at the Center for Civilians in Conflict, where he continues to research and report on human rights issues in Congress from Kansas City.

This fall, Ben is working as an intern in the office of U.S. Senator Claire McCaskill. His studies continue to be guided by his love for U.S. foreign policy and global human rights, and he hopes to pursue a dual degree in law and international affairs after graduating.