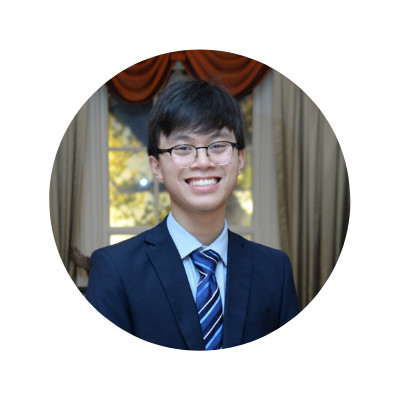 Harvest’s sense of responsibility and compassion has helped him take initiative in academia, extracurriculars, and philanthropy. He derives strength from interpersonal relationships as well as his own ability to take leaps of faith, and hopes to pursue a career in public health. Being a self starter, Harvest created his own piano tutoring and accompaniment business – a challenge initially for an introvert. He also volunteers at a local pediatric clinic as an occupational therapy technician, and took it upon himself to learn all of the medical terminology, clinical processes, and therapeutic techniques. Harvest places importance on trusting the process and believing in his own abilities, and has realized that building community leads to greater fulfillment than trying to tackle issues single-handedly. Harvest volunteers for his church’s children’s program, where he runs donation drives, plans UNICEF humanitarian aid projects, and organizes food packing events. From Frisco, Texas, Harvest will attend the University of Rochester in the fall. 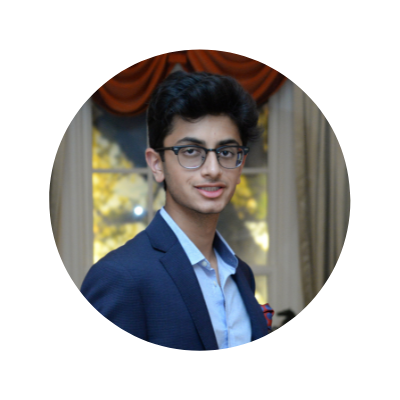 Miran Bhima is a deeply intellectual and insightful person whose curiosity of people and innovation has propagated him towards excellence in the face of adversity. However, success looks different for Miran, someone whose values of family, humility, and collaboration means improving the lives of others alongside that of his own. So, when his parents’ motel was impacted by the pandemic, Miran didn’t think twice before stepping into the role of employee, all while balancing his difficult AP chemistry and science-heavy course load, and grieving the loss of three close family members to COVID A family trip to Zambia inspired the humble scholar to found a non-profit that meets the educational needs of young learners around the world. Miran understands the value of teamwork and delegation as being the keys to increasing organizational impact and efficiency. Miran finds that setting goals and having a clear vision for himself empower him to take on progressively demanding roles, such as leading innovative and selective chemistry research through a school program. From Charlotte, North Carolina, Miran will attend Duke University in the fall. 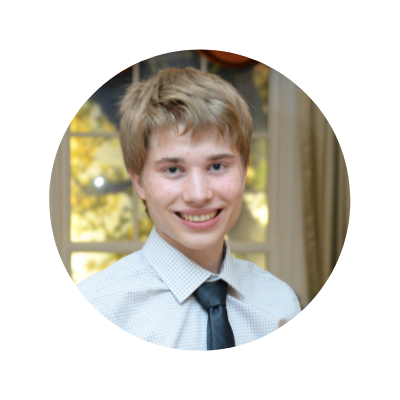 Matthew’s insatiable desire to help vulnerable populations using empathy led him to accumulate more than 1,000 service hours through the nonprofit Teens Helping Seniors in addition to pursuing other projects. Matthew quickly discovered that financial illiteracy was a large component contributing to homelessness during his time volunteering at Stepping Stones Shelter. To tackle this, Matthew built up his financial knowledge through an internship at just 13 years old. After his proposal to teach financial literacy to the homeless was rejected by his local county’s coalition, Matthew exercised diligent persistence, earning himself the first-of-its-kind opportunity to mentor dozens of people in gaining financial independence. Additionally, Matthew has taken rigorous and challenging coursework in order to pursue his career goals in financial engineering. He is an honors scholar in the Science, Mathematics, and Computer Science Magnet Program, and has won first place in countless innovation projects, including science fairs, computer science leagues, math championships, speech and debate, and more. Matthew is from North Potomac, Md., and will attend California Institute of Technology in the fall. 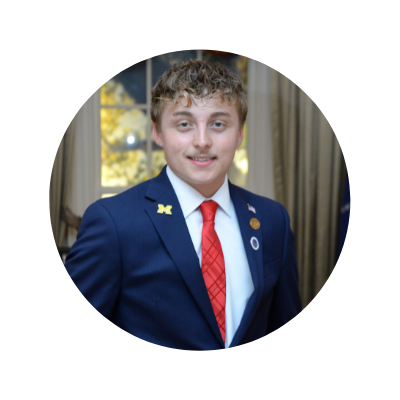 With initiative and determination, Austin consistently reaches for the stars in his life. Not only has this resulted in his maintaining of honor roll status throughout high school, but also in team success with football, wrestling, and lacrosse. Austin is an integral part of his school’s Mountaineering program, Technology Student Association, Skills USA Club, Junior States of America, Mentor Program, and Future Business Leaders of America Program. The young Reagan enthusiast also exercised leadership during his participation in Air Force JROTC, serving as Color Guard Commander, Vice President of Kitty Hawk Air Honor Society, and Commander of Aerospace Operations, Drone, and Rocket Teams, earning himself a JROTC Purple Heart award, among many other selective program acceptances, including Cyber Security Academy and Marine Boot Camp SLCDA. Even after losing his father one year ago, Austin’s performance in the classroom never wavered. With maturity and compassion, Austin balanced his own responsibilities while supporting those of his six siblings. Austin hopes to honor his late father’s legacy with this scholarship. From West Orange, New Jersey, Austin plans to attend the University of Michigan in the fall. 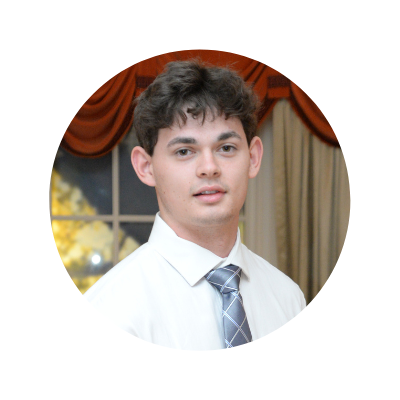 Humbled by his family’s resilience in starting anew upon immigrating to the United States from Mexico, Alex values unselfish cooperation, independent initiative, and responsibility for the collective good, believing that every success and burden is something to be shared. Coming from a single-parent household faced with financial hardship, Alex found ways to be resourceful in his pursuit of academic excellence. He was inspired to work as a coding instructor for Python programming camps, the income of which he used to pay for his CAD workshops and robotics team memberships. Self-starter habits gained through these experiences have empowered Alex how to harness the strength of collaboration. He embraces this and challenges himself and others to think collectively about solutions. A future pilot, Alex is from Palo Alto, California, and will attend Georgia Institute of Technology in the fall. 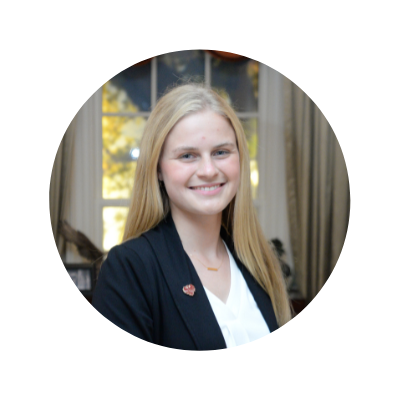 Cellesetine’s passion to combat food insecurity around the world led her to found Harp for Hope, an initiative in which she uses her music to raise money and awareness in her local community. Her donations currently provide food for 52 children annually. While Harp for Hope was impacted by an inability to interact with people in communal spaces, Cellestine used her strong resolve to find other ways to fundraise, holding Zoom events and private lessons, which led her to discover a passion for teaching. Her action-oriented approach empowers others to seek sustainable outcomes. Cellestine credits her inspiration for service leadership to her faith. She hopes to combine the studies of mathematics and behavioral economics in order to influence policy changes that will encourage both communities and individuals to make choices for the betterment of all. From Deerfield, Illinois, Cellestine will attend the University of Chicago. 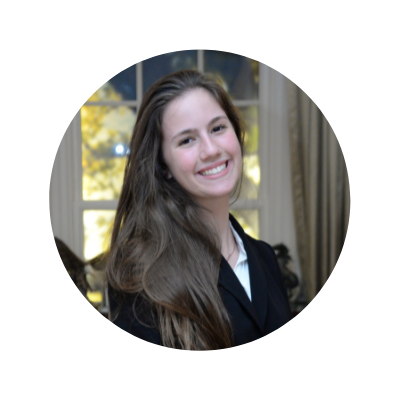 Unwavering faith has been the North Star guiding Ammi through her various academic pursuits and personal accomplishments over the years. Believing in God not only helped Ammi persevere through moments of financial insecurity and language incoherence as a young Cuban immigrant, but also taught her to believe in herself and those around her. After being chosen into the highly competitive Bezos Scholars Program, Ammi founded PULSE, which connects students to internships, jobs, and other opportunities for advancement. She was able to expand this project due to her newfound understanding of true leadership—that innovation lies in having faith in the diversity of minds. Ammi enjoys mentoring other immigrant youth and finds meaning in paying it forward, whether that means learning ASL to communicate with a student or using her musical talents to spread happiness at the orchestra. Ammi is from Cutler Bay, Florida., and will attend Florida International University in the fall. 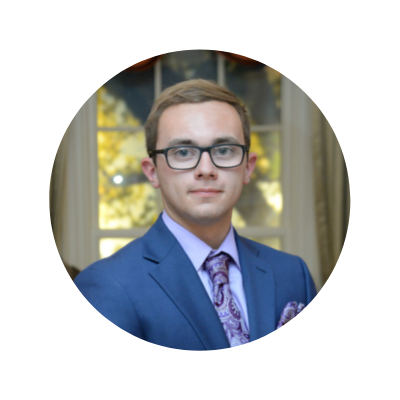 Peyton believes in the power of the pen, a tool that allows for reflection and expression as a barometer for evaluating personal success. By focusing on the journey, people become motivated to reach for more, especially when it comes to sports, teamwork, and academia.
Between cross country, track, and swim team, Peyton has won numerous accolades as both a team player and leader, all while balancing consistently good grades in advanced academic courses. Peyton’s naturally uplifting disposition is contagious, and he makes a point to encourage everyone around him to try their hardest, using his leadership abilities and positive mindset. His career goal of becoming an educator is inspired by his desire to mentor others and serve as a healthy role model. Peyton enjoys regularly challenging himself by engaging in discussion with people of differing opinions and world views. He wants to instill this practice into future generations as a means of understanding and tolerance. Peyton is from Rochester, Indiana, and will attend Butler University in the fall. 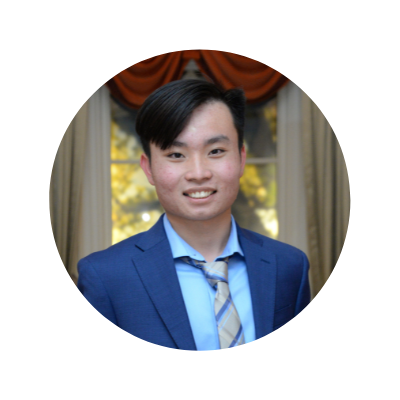 A natural-born opportunist, Brandon uses his positive mindset and run-ins with personal challenge as inspirational fodder for expanding others’ educational opportunities. He accomplished this during his time as a literacy tutor for low-income students at his local library, helping students gain reading comprehension while developing grit. After seeing the profound results of academic assistance on student success, Brendon ran for President to expand his school’s homework tutoring program, which allowed previously unqualified students to test into honors programs. Additionally, he rallied his peers to lobby for local legislation that instituted mandatory mental health education in public schools. Brendon currently works for a diversity recruiting company that assists students in leadership and professional development, the interactions of which have expanded his entire perspective on the world. He wants others to rise up alongside him and to celebrate the collective success of all. Brendon is from San Jose, California, and will attend the University of California, Berkeley in the fall. 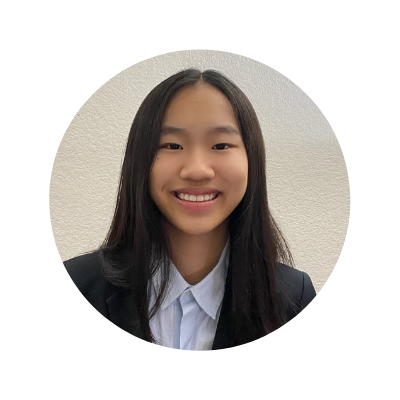 Growing up speaking Spanish and Mandarin, Shannon learned English basics such as grammar and syntax during her primary school years when her family moved to the United States. Inspired to push the envelope of her understanding further, Shannon began reading fiction novels. It was then that she realized how language is an artful tool that can be used as a way of inspiring the imagination. Not someone to shy away from a challenge – and perpetually curious – Shannon decided to add another language to her plate: computer coding. She learned how to navigate the rules and mechanics of JavaScript, and in doing so, found a new form of creative self- expression. Shannon’s experiences with adapting to life in different parts of the world have culminated in a strong value system built upon community and inspiration. She participates as a summer coding coach for MetaCoders, volunteers as a lead for the GATE robotics program at her local elementary school, and designs her own camps and workshops. She is motivated to teach youth how to use computer science as a creative means for self expression when words are lacking. From Chula Vista, California, Shannon will attend Princeton University.