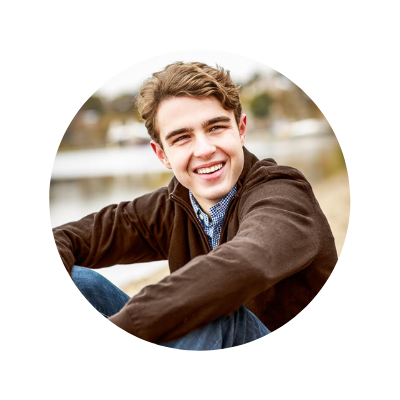 Inspired by his heritage, Edward founded a Native American Club at school, which serves to celebrate Native American culture and contributions to society. He founded the Educational Action for Native Americans, a nonprofit that has raised $10,000 for Native pre-college education. In addition, Edward is passionate about addressing constitutional violations within the federal criminal justice system. Through his own research, he advocates for positive reforms. He serves as captain of the debate team and is a nationally ranked debater on the USA National Development Team. He is captain of his school’s golf team, as well as an accomplished inventor; he currently holds two patents! From Minneapolis, Minnesota, Edward will attend Stanford University in the fall. 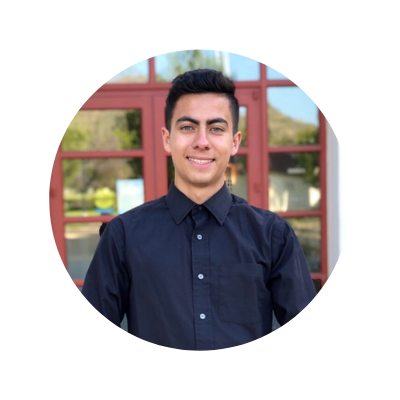 To Pedro, consistency, achievement and resiliency are the values that guide his life, and his strong work ethic was instilled in him by his parents. Honoring his heritage, Pedro has volunteered hundreds of hours with the League of United Latin American Citizens and founded Project Islas Unidas, which aims to support English Language Learners. A math and science prodigy, Pedro served as president of the robotics club and founder and president of his schools STEM club, and earned first place in the nation for his civil structures project. Marrying these two passions, Pedro offered resources on career exploration, college financial aid, and STEM education to English Language Learners. An athlete, Pedro was captain of the soccer, track and field, and cross country teams. From Oxnard, California, Pedro will attend the University of California, Los Angeles. 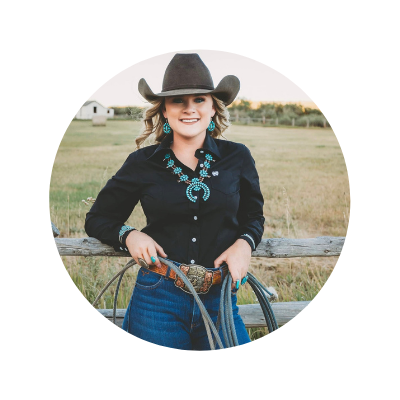 Growing up riding horses and ranching in Cheyenne, Wyoming, Raegan knows the value of hard work. One of her core values is dedication - demonstrated by the countless hours she has invested serving the Future Farmers of America and 4H. She is president of both organizations, a 13-time state fair champion in horse show events, and a 25-time Laramie County fair champion in horse show events. She also served as student director for both the Cheyenne and Wyoming State Junior Rodeo Association, was a 3-time Wyoming high school rodeo top 10 goat tyer, and a national junior high finals rodeo qualifier. In addition to working part time, she serves numerous community organizations, including Black Dog Animal Rescue and Cheyenne Frontier Days. Raegan will attend the University of Wyoming. 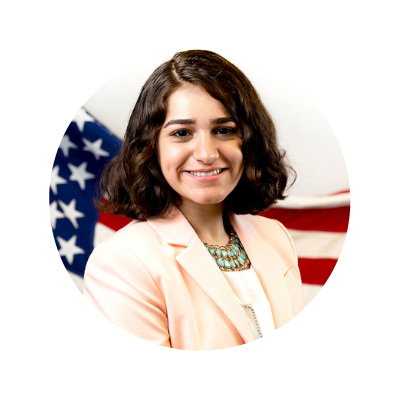 Dedication, empathy, and inclusion drive Banan in her leadership and service. A future physician, Banan was the youngest participant in the Health Care Careers Program, and served as a researcher for prestigious institutions here and abroad. She was one of seven students selected for the Federal Emergency Management Agency National Youth Preparedness Council, where she was invited to speak to the First Lady of the United States regarding council accomplishments and met the FEMA Director. In her advocacy for emergency preparedness, she produced a children’s book promoting awareness and safety during the pandemic. Among numerous activities and service roles, she was co-president of the Interact club, class representative for the student senate, founder of the STEM club, co-president of the math club. From Urbana, Illinois, Banan will attend the University of California, Los Angeles. 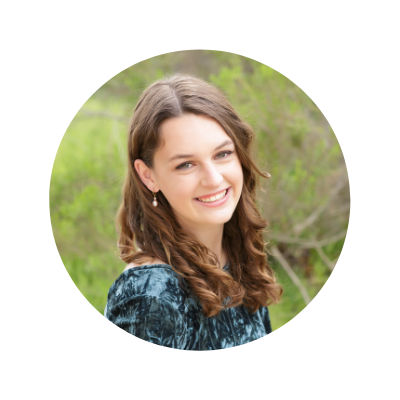 Kylie’s family dairy farm has inspired her work ethic and values. She has held leadership roles all four years of high school with 4H, the California Junior Holstein Association, the California Junior Jersey Cattle Association, Holstein Association USA, and the American Jersey Cattle Association. At the age of nine, Kylie founded Aspire Livestock through which she breeds and raises competitive dairy cattle, beef, swine, goats, and rabbits to sell to the youth of San Diego County. At school, Kylie serves as editor of the student newspaper, senior class speaker for National Honor Society, and founder of her high school’s science fair program. An avid community volunteer, Kylie is employed by her family’s dairy and is a caretaker for her grandmother. From Escondido, California, Kylie will attend the University of Wisconsin, Madison. 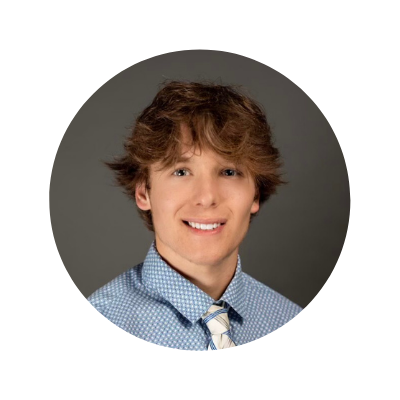 Deeply influenced by his parents, Isaac holds integrity, faith, grit, and service among his most important values. He focuses on empathy and the unique needs of the Appalachian community where he lives. A tremendous athlete, Isaac was captain of the soccer and baseball teams, a varsity football player, a member of Fellowship of Christian Athletes, and a representative for the FAC Sportsmanship Council. He is a student council representative, a member of National Honor Society, a member of Leo’s Club and of the Youth Leadership Association, maintaining a 4.0 GPA while balancing sports, work, and helping his family. A 4H counselor, Isaac is from Oak Hill, Ohio, and will attend Miami University of Ohio. 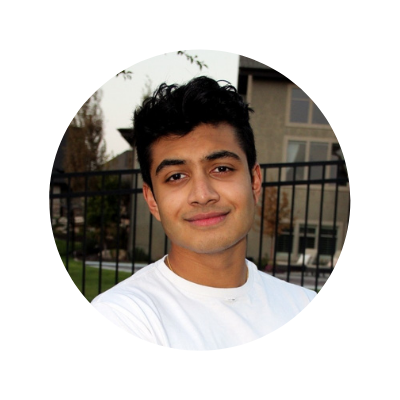 Curiosity, strong mentorship, and cultural awareness are the values that Tarun points to as having shaped his life. His passion lies in math and science, and he volunteers as a math coach for a middle school club that he led to first place in a statewide competition. Tarun founded Mission Math Utah, a nonprofit that has held 15 camps and competitions for more than 1,000 students and raised more than $35,000 for youth STEM education. He has been a research intern at the University of Utah and the Huntsman Cancer Institute, and served on the University of Utah Science Fair Student Advisory Board. Tarun was captain of the varsity tennis team and a senior class representative for student government. Recognized for his service to Sandy City Youth Court, Tarun hails from Draper, Utah, and will attend Stanford University. 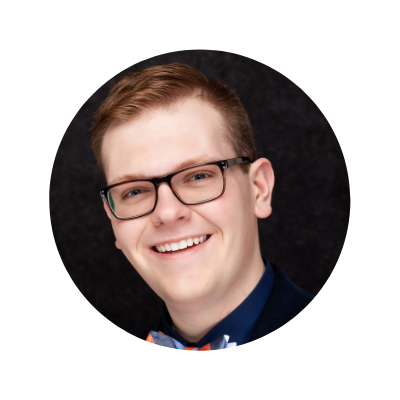 Brett has been an engaged citizen in his school, church, community, and Boy Scout troop. Citing the example of his mother and grandmother, Brett does not miss an opportunity to lead and serve. He was state editor-in-chief for the YMCA Kentucky Youth Assembly, president of the Key club, director of communications for the student advisory council, and a leader in the Beta club. Brett was captain of the varsity bass fishing team and a member of the state and national archery team. He is also an actor and an award-winning pianist. An Eagle Scout, Brett well surpassed the required 23 merit badges to achieve the designation, earning more than 100 merit badges as a Scout. Ranked #1 in his class, Brett volunteers for numerous community organizations, including his church, where he serves as an usher and sings in the choir. From Bardstown, Kentucky, Brett will attend Western Kentucky University. 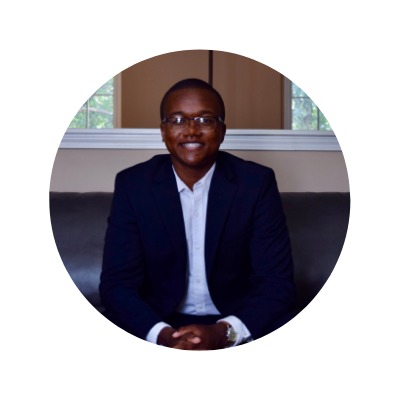 Chandler is a triple threat: academics, arts, and athletics. He is a section leader in the marching band and principal flutist for the local youth symphony orchestra. As director of the fastest-growing youth ensemble in his county, he uses his passion for music to inspire the performers and audience. Through 4H, Chandler is president of his county club, where he earned 4H-er of the year, and is a senior board member for the state of Georgia. He is an award-winning debater and vice president of the Science National Honor Society, where he developed opportunities for students to engage in STEM education. Chandler hails from Johns Creek, Georgia, and will attend Brown University. 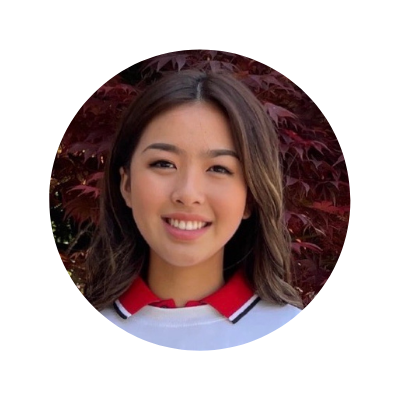 Alexis’s community work has focused extensively on two nonprofits. Through TEAM HBV, she collaborates closely with Stanford’s Asian Liver Center to help fight the stigma, end transmission, and eliminate deaths associated with hepatitis B. Through PERIOD, she has provided more than 3,000 care packages to homeless shelters and donated $3,000 worth of feminine products. She was a research intern for Stanford Institute of Medicine, UCSF Benioff Children's Hospital Oakland Research Institute, and the Summer Science Program, and was an intern scholar for the MIT Online Science, Technology, and Engineering Community Program. She has served as president of Mu Alpha Theta, her school’s honors math club, for the past four years, and vice president of the National Honors Society and the California Scholarship Federation. From Morgan Hill, California, Alexis will attend Stanford University.